Standing on the shore at the head of Lochbuie is a small Episcopal Church consecrated to St. Kilda.

The church is in the Diocese of Argyll and the Isles and was built by MacLaine of Lochbuie in 1876. Local rumour has it that originally it was to have been consecrated to St. Oran but this was changed to St. Kilda.

The origin of St. Kilda is not known for certain, some regard him as a mythical person. The name is only found in the island of St. Kilda and the ancient well in the island, Tobar Childer - Well of Kilda - indicates a Nordic saint, probably a hermit, the spelling of whose name should be St. Kildar.

The yellow sandstone Celtic cross built into the south wall of the porch is of great interest. This was unearthed when the foundations of the church were being excavated as there is no history of a chapel or place of burial on the site - this makes it all the more remarkable. The cross is of the simplest and earliest form and may be more than 800 years old.

There are various Memorial Tablets in the Church dedicated to members of the MacLaine family and others associated with Lochbuie and the surrounding area. The Crucifix above the Chancel was carved by Joseph Mayer who played the part of Christ many times in the Oberammergau passion play. He died on 1st December 1903. The late Murdoch MacLaine of Lochbuie bought the Crucifix and had it placed in its present position.

On the wall to the right of the altar is a framed stone from the church of Mercy le Haut in Metz which covered the remains of a Bishop of Metz who died in 1851. The church was fired by French troops during the Franco Prussian war and Murdoch MacLaine acquired the stone when he was war correspondent for The Times in 1870.

There are several interesting stained glass windows in the church, in which both St. Oran and St. Kilda are portrayed, along with other Saints including St. Columba. There is also a window dedicated to the Cheape family of Carsaig and Tiroran.

As the population of Lochbuie is now very small, there is no need for a resident minister but services are held on certain occasions throughout the year taken by visiting clergy and Weddings, Christenings and Funerals are also held in the church.

The maintenance of the Church is helped by the kind and generous donations of the public and therefore anyone wishing to contribute is more than welcome to do so. 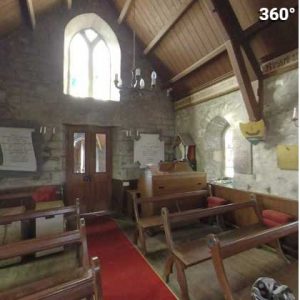 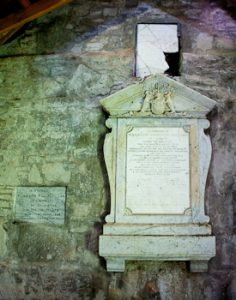 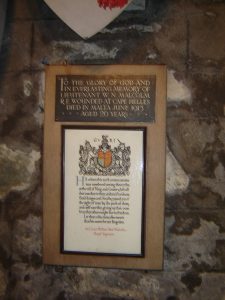