This is a small and well preserved stone circle overlooked by spectacular Ben Buie and standing within the grounds of Lochbuie House.

The circle was originally nine granite stones, set in a ring about 12 metres in diameter, with the tallest stone being about two metres high. It is mainly composed of granite slabs which have been positioned with their flatter faces towards the inside of the circle. One of the original stones has been removed and replaced in recent times with a low boulder.

There are also three single stones set in the field at different distances from the circle. The nearest of these outlying stones is 5m away to the south-east, and is only 1m tall. The second outlier is a spectacular monolith 3m high and set about 40m away to the south-west. Also south-west of the circle, 107m away, is the third outlier, over 2 metres high. The stone is broken at the top and was probably taller when erected. 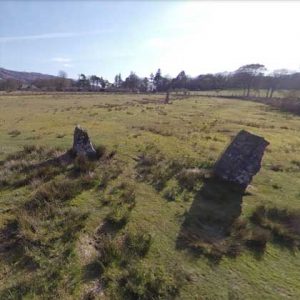 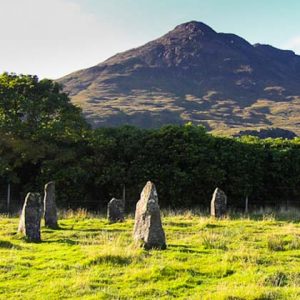 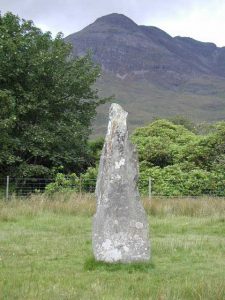 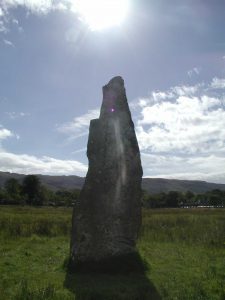