The Lochbuie branch of the family are descended from Hector, the brother of Lachlan, who founded the Duart branch of the MacLeans and the family used the MacLean spelling until about 1600. The brothers received their estates from John of Islay, 1st Lord of the Isles, in the fourteenth century. The lands of Lochbuie were later confirmed in a charter from James IV to John Og MacLaine.

The two branches of the family were unable to co-exist peaceably and John Og was killed, along with two of his sons, as a result of a feud with the MacLeans of Duart. His only surviving son, Murdoch, at that time a small child, was conveyed to Ireland for safety. On reaching manhood he returned and, with the aid of a childhood nurse who recognised him, he recaptured Lochbuie Castle.

Donald, 20th Chief of Lochbuie, made a fortune in Java in the nineteenth century with which he cleared the estate of debt. The estate was sold in 1922 to Sir Richard Garton, descendants of whom still own and farm the estate.

To find out more information about the clan and its septs go to the Clan MacLaine website. 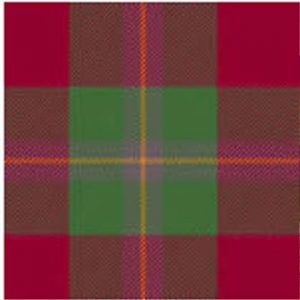